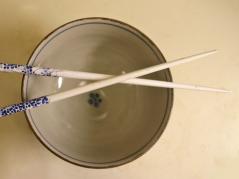 URBANA, Ill. - For about a decade, Chinese consumers weren’t getting what they paid for when they purchased Wuchang, a special brand of gourmet rice that has a distinct scent. The quality was being diluted when less expensive rice was aromatized, packaged in the same way as the high-quality rice, and sold at the premium price. Researchers at the University of Illinois studied how the tampering scandal affected the public’s perception of risk and their subsequent behavior.

Because public anxiety over the fake rice issue was more pronounced in urban districts, the researchers interviewed the residents of the city of Xi’an, ultimately analyzing the survey responses of 225 people.

“Over half of those we interviewed were aware of the product tampering, but only very vaguely,” said U of I agricultural communications professor Lulu Rodriguez. “They rely much more on interpersonal communication with friends and family members for information.”

The study also showed that although people didn’t understand the details or potential health risks that the tainted rice may cause, the public’s perception of risk remained high.

“In this case, their trust of social institutions, such as the government, food safety regulators, and the mass media was eroded,” Rodriguez said. “This incident came in the wake of other food safety scandals in China. In the interviews, we heard people say, ‘we are left to fend for ourselves.’ They had to make do with informal information channels because the government cannot be trusted. In the meantime, the government placed the blame on local agencies.”

Rodriguez explained that rice retailers knew the product tampering was taking place. “Production was not jiving with what was being sold,” she said. About 800,000 tons of Wuchang rice were produced but up to 10 million tons were on the market. Adding a pound of fragrance to ten tons of rice allowed the lower-quality rice to pass as the more expensive Wuchang brand. When the Chinese Central TV finally broke the story, it immediately assured the public that the government will swiftly deal with the culprits, but that wasn’t good enough to calm the public’s anxiety.

“Fortunately, there wasn’t any real health risk, but that didn’t stop residents from thinking about health-related concerns,” Rodriguez said. “It is food, after all, and the public didn’t know exactly what was being added to the rice. This goes to show that a strong public perception of risk, even if it is incorrect or has no factual basis, still means food safety regulators have a hefty communication problem.”

Although their knowledge level about the risk was low, the uncertainty of the situation and belief that they were subjected to an involuntary risk was high enough that people’s behavior shifted to not buying the rice.

“More openness is needed, especially in times of ambiguity,” Rodriguez said. “This incident reminded me of the way the SARS epidemic was handled in the Chinese mainland, in which the government delayed notifying the World Health Organization of the outbreak for three months. Keeping quiet about topics that may be perceived as posing undue risks just makes people more nervous.”

Rodriguez said that the problem was compounded because no one took ownership of the scandal. “The government seemed to think all it had to do was assure the public it’s doing its best. But exactly what it was doing was never made clear. The lack of information created high anxiety, particularly in urban districts where rice outlets are concentrated,” she said. “We also noted that although people were aware of the incident, they were very reluctant to speak out about it, fearing possible repercussions.”

As an agricultural communications educator, Rodriguez views this incident as a teachable moment.

“There is a window of opportunity for us,” she said. “There are students from China who come to the University of Illinois for undergraduate and graduate studies. Our task is to train a cadre of communicators with the technical ability and the communication savvy to report on incidents like this. Trust is very difficult to build but very easy to destroy. There are, however, mechanisms that can help re-establish trust.”

“Social trust and risk knowledge, perception and behaviours resulting from a rice tampering scandal” was published in an issue of International Journal of Food Safety, Nutrition and Public Health and written by Lulu Rodriguez, Jing Li, and Sela Sar.